My Grandfathers | A Salute on Veterans Day

I was fortunate to grow up with two grandfathers who were actively part of my life and I loved them both with an admiration only a grandson could muster.  One was a barber, the other was a newspaper man.  One was Methodist, one was Baptist.  One was clean shaven, of medium height with fair hair.  One wore a moustache and stood over six feet tall with hair black as coal.  They were very different men, but they had one major thing in common.  They were both Veterans.

Richard Dungan was my father’s father.  He grew up in Dayton, Ohio and served his country in the army stationed in Japan.  He was a cook and a paratrooper.  He left home as a young man, traveled halfway around the world, and then returned home older than his age would tell.  I can remember him telling me stories of what it was like to jump out of an airplane and parachute to the ground ready to defend himself and his country with his very life.

Donald Stevens was my mother’s step-father.  Her father died when she was young (he was a veteran as well), so Don was the grandfather I knew.  He grew up on a farm in Christiansburg, Ohio and served his country in the army stationed in Europe.  He was shot during the invasion of Normandy on D-Day, survived, and was honorably discharged with a Purple Heart in 1946.  I remember him telling me stories of being drafted, basic training, and the horrors of Omaha Beach.

Both of these men were simple people with simple mid-western lives who served their country just like countless numbers of other brave men and women.  They came home, adjusted the best they could, and went to work.  They married, raised families, and spent their lives trying to be productive citizens of the nation they so valiantly defended.  They were just two in a long line of veterans in my family stretching all the way back to the American Revolution, but they were the two I knew.

I believe that it is important to remember and respect the service of Veterans, because, without them, we would not have the freedom to cast votes, back candidates, and participate in democracy.  We would not enjoy the privilege of pledging our allegiance to the flag or singing our national anthem.

I encourage you to pause today and consider the people you know who gave of themselves in military service.  Honor them in some way.  And be thankful for the hard-fought, expensive freedom that you enjoy every day as a citizen of the United States of America. 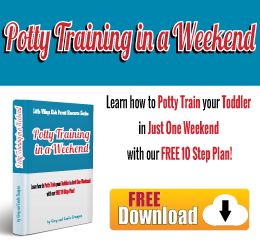